What is The Universe Trying To Tell Us? 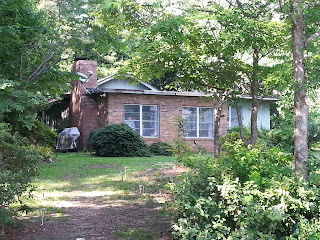 I thought we were done with The Lakehouse. I skipped doing spring chorus in RI because I felt I needed to be in SC to sell the property. I drove down by myself in early February with the intention of pushing that sale forward. Once there, I bought "For Sale" signs and posted them on the main road, at a key intersection leading to the road, and on a stump facing the water. I posted "Open House" signs and web updates each weekend, and for a little while felt encouraged at our prospects of selling the property. What I learned was this: 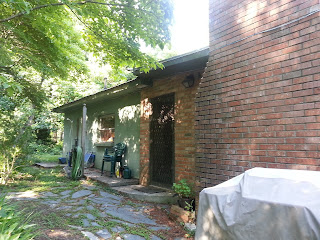 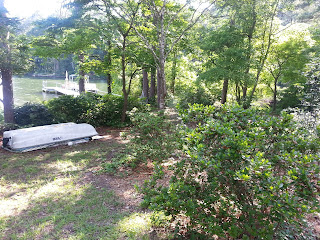 These revelations were helpful because we decided not to sell and keep it for (not to exceed) five years. That became the five-year-plan going forward. A couple of months later, we were enjoying our morning coffee in Tiverton, and received a phone call from a SC realtor's assistant. He convinced us to give his boss fifteen minutes when we returned to the lake. Not only did we have this appointment, but I was about to make one with a second realtor, when it occurred to me that I should check with Larry and see if he really wanted to consider selling. When I (for the last time) posed this question to him, he shouted, "NO!!!!" without hesitation. This led to an argument about communication in marriage that I cannot expound here. Suffice it to say, I cancelled the realtor appointment. This same realtor emailed me research numbers he did on the sale of our property. Long story short: even if it stands out from the other fourteen houses for sale in our price range, it'll take two years to sell it.

That night I saw the second-to-last episode of the TV show "Smash", where Angelica Houston's character had a revelation to double her advertising budget when her assistant had just informed her she had to cut back or not be able to carry the show a mere two months' more. That's when I said, "Honey, let's go the other way with this house. Let's refinance our mortgage and fix it up as basically as we can afford and make it nice for the next five years, so we can enjoy it as a new house like we planned." So, we hired a general contractor and Larry designed a renovation according to the discussion with this contractor. 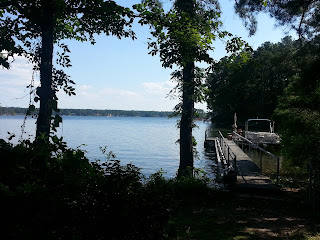 Last week, we initiated our refinance mortgage after soliciting three choices of mortgage rate companies. We chose the bank with which we already have a mortgatge because their 7/1 ARM option was the best. The "5-YR Plan" has been sneaking its way to a "7-YR Plan", apparently, as if it has a mind of its own. Funny how this can happen. We paid our $100 application fee and gave the nice woman from Regions Bank our information. She soon called back to inform me that she could not obtain all our credit scores because there were "HAWK" Alerts on two of them. What the heck is that I asked? They are fraud alerts, that were put on our Trans Union and Equifax scores. We have no idea how they got there or who put them there. The Regions woman gave us a web site and phone number for all three companies. Needless to say, these were not helpful. Not only did we get no information of the alerts or how they got there, we had no way to talk with a person about it. Our only option was to "snail mail" an application with copies of documents to identify who we are and where we live, because were not able to get our credit reports online either. Now we are waiting for a postal mail reply and our application is on hold. 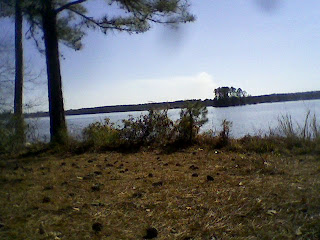 Simultaneously to all this, a man interested in the property sent me an email through Zillow.com. Apparently, even though my MLS listing expired, the ads were not automatically removed from all the other web sites, like Zillow. I nicely told the man the property was not for sale, but he kept persisting. I typed, "Who are you and why are you being so persistent?" He gave me his name, that he is a student preacher with a local Baptist church, and he, his wife, four children and parents have been looking for a place on the lake where they can all live together. When I heard what he did, I kindly emailed him a question: "Respectfully, since you saw what we are asking for the place, we are assuming you are in a financial position to make an acceptable offer. You need to know that we are not willing to negotiate for a whole lot less than what we are asking. Do you still want to come see it?" "Yes", was his resounding answer.

So, the ultimate question is left hanging in the air now: Is the Universe telling us we are going to sell The Lakehouse? What do you think? Larry sent the contractor a simpler roof design because he told us the cost to build what we already sent him is more than double what we can afford. He suggests we tear down and build new if it costs  that much. We told him we can't afford to do that.

We are moving forward with the contractor. Larry sent him a simplier design and we await numbers on that plan. And, we are scheduled to meet our interested potential buyer next week. I'll keep you posted on what happens. My nails get shorter by the day. Nibble...spit.
Posted by Kathy Crowley-Gardner at 9:10 AM No comments: